Kubota will boost Chinese production of mini-excavators and other small construction machinery by 50% this year, turning that country's infrastructure offensive into a win for its second-largest business.

The Japanese machinery maker will step up output at its plant in Wuxi, Jiangsu Province, aiming to churn out 2,700 units in 2017. Some 70 staff will be added to take advantage of untapped production capacity, expanding the workforce around 30%. The company will also send Japanese instructors to teach parts suppliers in China how to improve production. 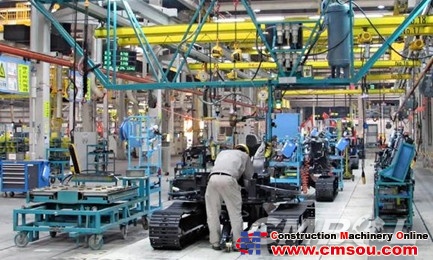 The Wuxi plant has made small construction machinery, used for urban development and home construction, since 2012. China's efforts to stoke the economy with infrastructure investment have expanded the market for these tools. Building repairs and installation of greenery along roadways have grown more common. Kubota's construction machinery sales doubled on the year in volume terms for the January-March quarter.

Revenue from small construction machinery came to around 213 billion yen ($1.91 billion) in 2016. North America is the leading market for such tools, demand for which has been lackluster in China since economic growth began to slow in the middle of the current decade.