John Deere has agreed to acquire a California-based tech firm, Blue River Technology, involved in the development of machine learning for agriculture equipment, for $305 million.

Blue River specialises in intelligent crop spraying equipment, using “computer vision” to see the crop and machine learning to “reduce the use of herbicides by spraying only where weeds are present,” according to a statement by Deere. 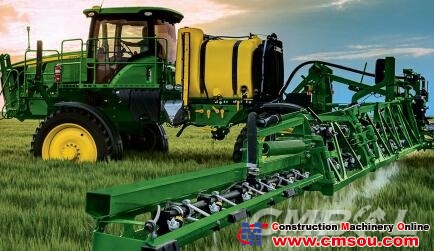 The deal also secures the heavy equipment manufacturer a 60-person office in Silicon Valley, where the Blue River team sits, and where Deere is confident that the mechanics behind technology are such that it can also be developed to apply to “a wider range” of products.

“We are using computer vision, robotics, and machine learning to help smart machines detect, identify, and make management decisions about every single plant in the field.”

He also likened the deal to Deere’s 1999 acquisition of NavCom, which “established Deere as a leader in the use of GPS technology for agriculture and accelerated machine connectivity and optimization”.

The acquisition by John Deere also comes just months after the manufacturer’s $5.2bn snap acquisition of the Wirtgen Group, as well as an earlier to deal with Wacker Neuson to distribute Kramer machines to the global agricultural markets.