The standard G9190 & G9220 motor graders were launched in 2015 and have achieved solid sales, with an order of 28 G9220 units last year by Saudi Arabia’s Shibh Al-Jazira Contracting Company customer for work on a large-scale road maintenance initiative. 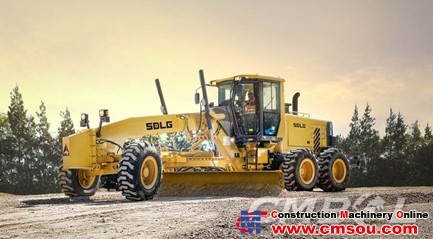 “The new VHP models give the operator greater control over the grading process, with the freedom to shift from manual to automatic transmission when they choose,” says Shahir El Essawy, SDLG’s business manager for Hub South.

“They are also fitted with a piston pump hydraulic system that always delivers the optimum oil flow to the hydraulic functions, regardless of engine speed. In this way, VHP allows the operator to concentrate on grading, while the machine focuses on being more fuel-efficient.”

Maintenance operations are further assisted by the ease of access provided by large side and rear doors, while all the greasing points are also quickly accessible for efficient daily maintenance.

SDLG’s graders also feature an asymmetric drawbar ball stud that can be rotated 180° to keep the drawbar in horizontal level position – vital when performing fine grading.

“We are always looking for new ways to help our customers get the most out of their equipment,” concludes El Essawy. “By taking some of our most popular machines and improving fuel-efficiency and operator control, we are demonstrating our continued commitment to those customers.”